The history of video games is full of huge titles that marked an era and were burned into the collective subconscious. Every gamer will have their favorite mythical game, the one that fascinated them in their childhood and made them fall in love with this world. Those games that were the beginning of great sagas or that simply changed everything and inspired next generations of video game designers. One of these titles engraved on fire in the Video Game Hall of Fame is undoubtedly Monkey Island.

The Secret of Monkey Island was launched in 1990, from the creative agencies of Lucas Arts and thanks to the illustrious minds of three game design titans: Ron Gilbert (director, co-designer and writer), Tim Schafer (co-designer and writer) and Dave Grossman. (co-designer and screenwriter). The following year would see the extraordinary sequel, Monkey Island 2: LeChuck’s Revenge. And from there, the rest is history, as they say. A myth was born, two of the greatest graphic adventures of all time, a video game that would mark all subsequent developers and whose story, characters and jokes continue to work today like the day they were launched.

Although a very decent third episode was to come in 1997 (The Curse of Monkey Island), the three original “fathers” were no longer involved in the project, and the next two chapters (Escape from Monkey Islandin the year 2000, and Tales of Monkey Island2009), while fun and with some elements to highlight, they were productions far from the quality of the first episodes.

So it’s not unreasonable to say that we’ve been waiting 30 years for a spiritual successor to the two original installments, an “unofficial” third installment that continues the story of LeChuck’s revenge, but comes from the minds of the original creators. And the fans’ prayers have been answered and Ron Gilbert himself, along with Dave Grosmman (albeit without Shcafer), bring us Return to Monkey Island on September 19 by LucasFilms Games and Devolver Digital.

In addition to the duo of director, designers and writers, the game’s soundtrack will once again be provided by Michael Land (composer of the original soundtrack), as well as Peter McConell (who participated in Monkey Island 2: LeChuck’s Revenge, Grim Fandango of Psychonauts) and Clint Bajakian (Monkey Island 2: LeChuck’s Revenge, Indiana Jones and the Fate of Atlantis, Day of the Tentacle…). And voice actor Dominic Armato returns to the voice of Guybrush Treepwood.

Prepare to return to Monkey Island

Ron Gilbert had fantasized for years about the idea of ​​continuing the story where it left off, from the second mythical volume. And he did, although he made it clear that he respects and likes everything that has been done in the following chapters of the saga. In fact, although this Return to Monkey Island Picking up where LeChuck’s Revenge left off, Gilbert has made it clear that there are also nods to situations, characters, and locations that came later. For example, we already know that in the game we will meet Murray, the foul-mouthed skull that appeared in Curse of Monkey Island. 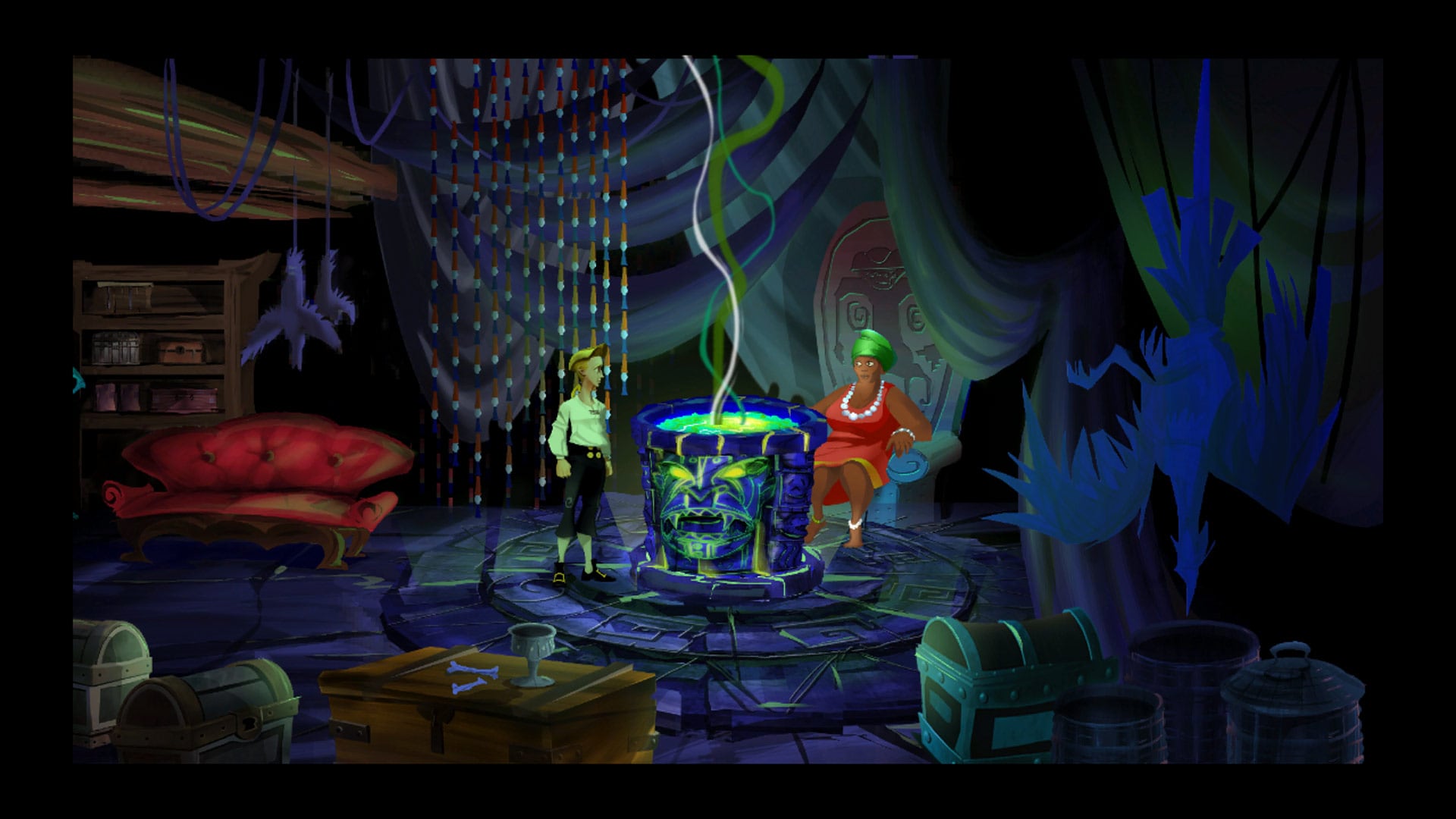 Knowing all this, we need to refresh our memory with these first two titles that were released 30 years ago, as many of you may not have watched them in decades. Or worse, that you haven’t played them. And that’s a crime, as both have had two fantastic updates (which updated their art style from classic pixels to traditional animation more like the art from the third installment) and are playable on both PCs (they’re available on Steam ) and on previous generation consoles (Playstation 4 and Xbox One).

And it is that for many fans, the whole epic of Guybrush Treepwood to become a pirate, the three tests, the purchase of his first ship, the duels of insults and his fight against the Master of the Sword, the quest for his crew, the three-headed monkey, the rubber chicken with a pulley in the middle, the Big Whoop card pieces or the spitting contest, these are details that will be etched in your memory. But many other players will have forgotten them.

That’s why you need to recharge your batteries to update and if you don’t have the option to play the special editions of both games available on PC and consoles, you can choose to play the original games, without installing or downloading anything. download and, importantly, without paying a dollar. All thanks to the work of fans of Archive.org, who on their website allow you to quickly and easily play many classic games that ran on MS-DOS. Here you have the links to play now at The Secret of Monkey Islandand the sequel, Le Chuck’s Revenge.

Another quick option is to check out the videos that Ron Gilbert’s own developer, Terrible Toybox, has published to refresh the memory of the most forgetful fans or new pirate apprentices who want to get on the Monkey Island ship. A series of videos called “Guybrush’s Scrapbook” and published on YouTube tells us, as if they were Guybrush’s own memory notebooks, the main events of the first two episodes, discussing the main characters and the twists and turns of the most impressive script.

A review of his characters

And another good idea is to check out the most notable characters in the saga, the ones we already know are going to make an appearance and some others that haven’t been confirmed but should be (please, please, be there). Do you remember them all?

Previous articleYouTube videos from games like FIFA, Spider-Man threaten your personal data and crypto wallets: Warning coming
Next articleThe continuation of Hollow Knight, the legendary game of an era, is coming to PS4 and PS5!

Brawl Stars: the 15 best compositions for the Atrapagemas Challenge

fighting stars unleashes the second of...

13 board games that will significantly boost their intelligence level, even if they don’t make your kids geniuses

CoD: Modern Warfare 2 has revealed that it can be played without a graphics card: 30 FPS is even made with a 1000 lira...