This situation, which allows you to see the events in the game seconds after they happened, VALORANT player It also happened to Soner “jeyj7” Kent. Soner reached Turkcell’s support through social media after the problem he faced in the e-sports competition. However, Turkcell’s response became the social media agenda.

Turkcell’s response to the agenda:

Turkcell customer service representative, Soner’s ping complaint”Getting ping in online games?he replied. The fact that the complainant is a professional VALORANT player and that high ping occurs in ‘normal’ multiplayer games led to the perception of the answer as absurd. Made by Press Start account partsreactions received from many players:

Turkcell’s response currently not on twitter. But if we search for the same answer on Twitter, we can also find it in the messages: 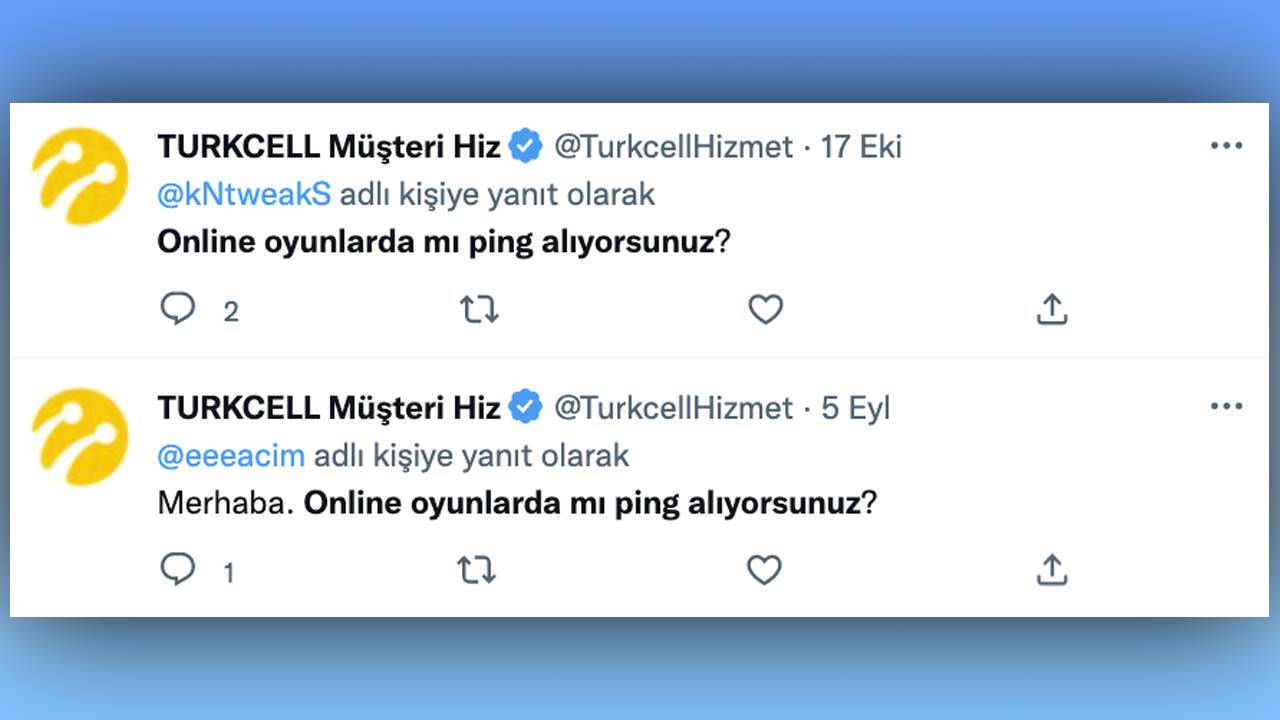 Previous article
Epic Games announces the New Year campaign that will enchant players! Every day 1 free game, coupons and more
Next article
When will the Marvel Snap update come with balance changes?

FIFA 19 has new faces of LaLiga players and stadiums

FIFA 19 has new faces of LaLiga players and...

Brawl Stars: The best fighters for the Survival Challenge 2023

The Survival Challenge (Solo) returns to brawl stars in...