Introduced by Xbox in late 2019 and so far best controller they ever made The Xbox Elite Wireless Controller Series 2, which they say is the same, has interchangeable buttons and analog sticks and anti slip was known for its structure.

How did the price become more affordable when the look and specs were the same?

The first and only detail that stands out when you place the Xbox Elite Wireless Controller Series 2 and Core models side by side. was that both controllers were actually exactly the same. Of course, when this is the case, many users will “Is it the quality of the parts?he wondered. In fact, the only reason the Core controller is cheaper is out of the box. the keys and analog sticks used for change do not come out. The Core model without these parts, just the controller and carrying case, would be sold at a more affordable price.

In Turkey the opposite happened! 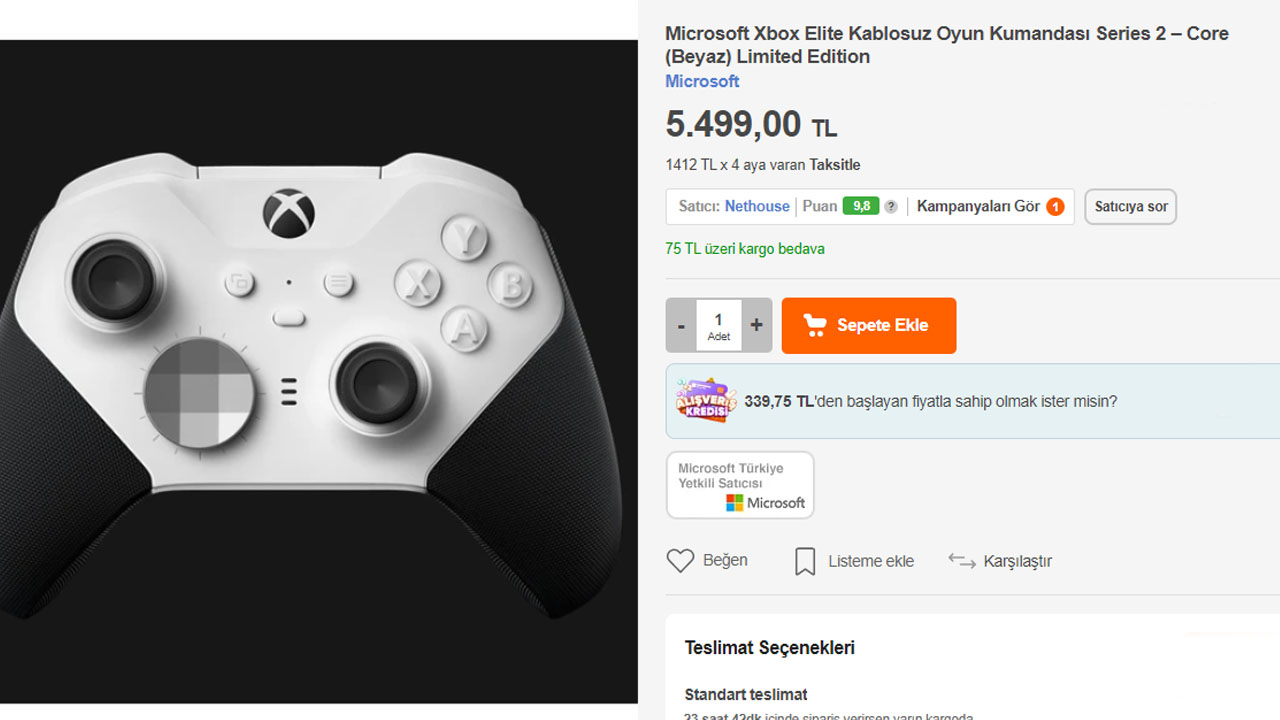 Microsoft’s new game controller Official dealers in Turkey began to take its place in e-commerce platforms. However, something was not right here. So much so that the more expensive Xbox Elite Wireless Controller Series 2 sold for about 4,200 TL. When the Xbox Elite Wireless Controller Series 2 Core is on sale: 5.499 TL It has an offer price. In other words, the game controller that Microsoft introduced as cheaper than the previous one is cheaper than the original model in Turkey. more expensive it exploded.

This time, even the Xbox key light (!) can be customized

Xbox’s official Twitter account shared a video about the controller, showing that Xbox gamers have been around for years. urgently wanted announced that they are finally offering the customizable Xbox button light to the players with this controller. This feature allows you to use the classic white light from your Xbox console’s controller or the Xbox app on your computer. 16 million You can change it by choosing one of the color options.

Previous article
Brawl Stars leaves the door open for the possible jump on consoles, Switch?
Next article
The Ageless Game Overwatch is permanently closed today! So when is ‘free’ Overwatch 2 coming?

VALORANT is coming to PlayStation and Xbox! (But you still have to wait)

Fortnite hints at Fracture, the longest event in its history

Fortnite prepares to expand its story with the biggest...

This weekend I became quite poor, but you are...