The jump over Al Mazrah in CoD Warzone 2 is just around the corner and everyone is waiting for the squad member to mark the jump location. If you are on the trigger in the Battle Royale, as a newcomer you are of course in trouble. Where is the best place to land in Al Mazrah?

Don’t despair, we will help you. In this guide we introduce you six locations in Call of Duty: Warzone 2 where it is worth landing. Whether it’s the best loot and weapons so you can be competitive and dangerous in no time, or the most combat experience and a decent amount of XP.

If you first want to know how things are going in CoD Warzone 2, feel free to consult our test video: 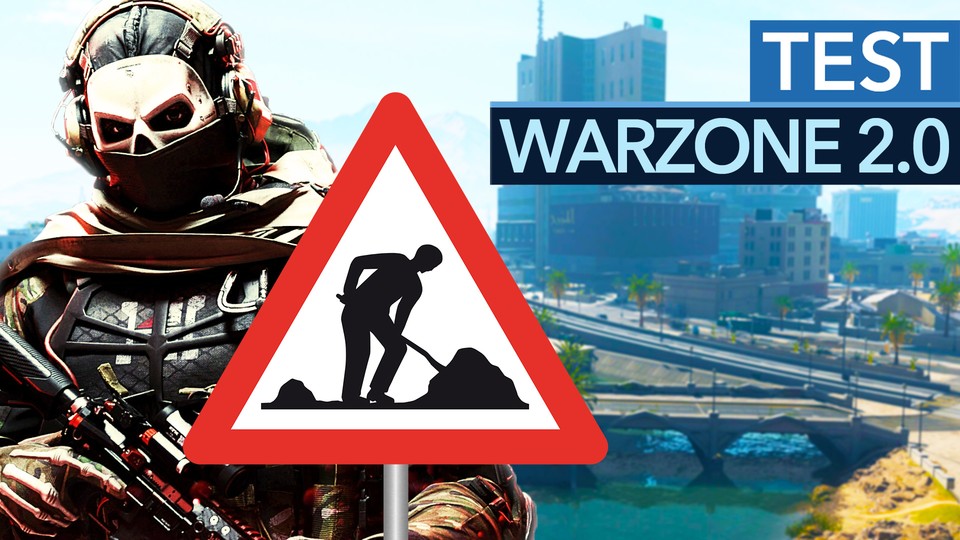 First we show you our map, where we will color code our starting point recommendations:

Typically, most players orient themselves per round towards the center of the map, as that is often the best position for closing circles. But thanks to vehicles, even remote places are sometimes worthwhile because there is less competition there.

That’s why we start with the suburbs, where relatively few players often end up, before venturing into the really dangerous areas.

Strictly speaking, players dare a lot if they just launch CoD Warzone 2, as our test critiques:

Like Verdansk, there is also a quarry in Al Mazrah, and there is also plenty of loot, weapons and money to be found there. Certainly not as much as in busier regions, but certainly enough to adequately equip a squad of four.

After landing, it’s best to search the numerous warehouses in the area. If necessary, accept a quick job to earn some cash so you can fill any gaps in your equipment.

From the quarry you can see how the circle is developing and then plan your next steps. There are plenty of cars and other vehicles around the quarry.

In the swamps immediately south of the large city of Al Mazrah City you land very centrally, but often get relative peace from other players. Most end up in the city and leave the Marshlands alone for now.

The landing spot offers more than just soggy socks. In the dilapidated luxury resort you will find loot boxes with weapons, armor, killstreaks and the like. Money is also floating around. If necessary, a few missions can close your financial gap so that you can complete your equipment at the purchase station.

Once you’re happy, you can continue north from the Marshlands towards the city to hunt down a few enemies. Or to get even better loot, but with the associated risk.

You may be familiar with the Zarqwa Hydroelectric map from CoD Modern Warfare 2’s multiplayer. The hydroelectric station in the middle of ancient ruins powers the area and provides many tricky sightlines in combat.

If you want to land right there, not only will you be very central and have a chance at some good loot, you’ll probably have to fight other player teams as well. Also because the map is one of the most popular in multiplayer, Warzone players like to fight on it.

That’s why Hydroelectric is especially worth it if you’re looking for action and want to gain a lot of XP through kills. And who knows, you may eventually win and walk away with a bulging backpack.

Now things are getting busy: in the largest city of Al Mazrah, there is really something going on in every round. Nevertheless, we wouldn’t call the place the deadliest on the whole map. The simple reason for this is that the many buildings provide enough cover and fast weapons for strong players to defend themselves.

Top loot, orders, vehicles, buying stations, possibly strongholds: Al Mazrah City is where the entire cross-section of Call of Duty: Warzone 2 is located. Moreover, here in the central north of the map you are in a good starting position for the further progression of the round.

A few skyscrapers are also good landing spots for snipers, with a bit of luck you’ll find a sniper rifle here and search the area for enemies. You shouldn’t run out of experience points after a few minutes of stubborn house-to-house combat.

Perhaps a preview of the return of a classic map, the Zaya Observatory atop the tallest mountain on the entire map. The layout is very similar to the Dome map. The area is characterized by numerous domes and buildings.

There’s tons of good loot, orders, vehicles, whatever you want. But you also have to take dozens of other players into account. After all, the landing site isn’t just worth seeing for the guns and such – its height makes for a great view for snipers. And there is no more central place than the observatory.

Anyone who is victorious here has the best conditions for a royal victory. For everyone else, there should be at least some fast combat XP.

No BR map without an airport: At Al Malik Airport, players will not only find a new edition of the popular Map Terminal, but also endless loot, weapons and money. Anyone jumping off here knows the place is about to burn down.

Accordingly, many other players will try to make you the contentious stuff. Next to the main building, the terminal hall, is a large airport full of car wrecks and bomb craters. Snipers can take up positions in the tower.

You also have a helicopter spawn at Al Mazrah Airport. If you’re fast and bold enough, you can try a daring aerial jump with your team after landing. Decoys then help against possible rocket fire.

What are your favorite landing spots in CoD Warzone 2.0 and why? Feel free to write them in the comments!

Marvel Snap welcomes you to this February 1 to...

Jump on different dog toys in Ant-Man's Mansion in...