CoD Warzone 2: The G-Walk supposedly dominates every game, we try

Players who move like creatures from a horror movie, are hard to hit and kill tons: The so-called G-Walk is currently doing the rounds in Modern Warfare 2 and Warzone 2 and is not only considered an effective trick, but even some as new Movement meta. We’ve seen and tested it ourselves.

By the way, if you want to know how good the second Warzone actually got, read our brand new Battle Royale test:

Ever since a CoD clan introduced the term G-Walk, the trick has been highly controversial. Because although it looks pretty funny when you see a fellow player jumping around the map like some kind of crazy goblin, do you also want to fight him as an opponent? 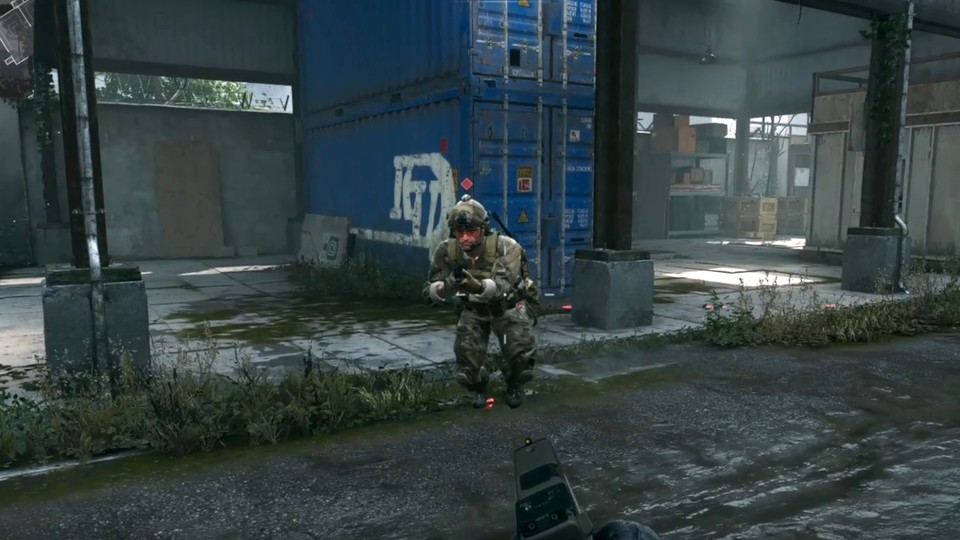 Reportedly, players are much harder to hit when moving around the map via G-Walk. After all, they move their whole upper body up and down and headshots are then difficult to set, especially at longer distances.

For part of the CoD community, the trick is therefore considered a questionable or unfair exploitation that spoils the fun of others. You’re probably not entirely wrong, because while you’re using the existing game mechanics with the G-Walk, this was hardly the intention of the developers. On the other hand, few seem to see the whole thing as mere fun or even as an expression of superior skill. We also summarize the discussion in our article:

But is the G-Walk really that effective and easy to learn? We familiarized ourselves with the case and tried the trick. All we have to do is change two small settings in the mouse and keyboard controls and we’re done. But it’s not that easy to wiggle around all the time, we have to lie down and press the sprint button fast enough to stop the animation.

You can see the result of our first attempts in the clip above. To get a real advantage in the end, it certainly takes some practice and preferably a weapon with good hip fire, such as a shotgun. We ourselves initially had no problem turning off the strangely wobbly colleague. However, here’s how a Reddit user demonstrates using G-walking in a contest:

It’s another matter, of course, whether you want to invest the time to learn a mechanic that could soon disappear in a patch. Plus, as long as the G-Walk isn’t just being used to amuse fellow squad members, it’s pretty clearly a feat of arms and you’re at least giving yourself an advantage here in a questionable way. We leave it at our first attempts.

And what do you think of the G-Walk? Are you worried that the trick will become more widespread and have you encountered wobbling enemies yourself? Do you prefer to see the fun in the foreground or do you believe in a temporary phenomenon that will soon disappear? Write your opinion in the comments!

Previous article
Call of Duty: Mobile: Season 4: Feral Dogs launches on April 28
Next article
VALORANT is coming to PlayStation and Xbox! (But you still have to wait)

PS Plus subscribers get Mafia, Destiny 2: Beyond Light, Evil Dead and OlliOlli World in February

Sony has revealed the games that will be included...

New Fortnite skins and accessories thanks to update 5.30

New Fortnite skins and accessories thanks to update 5.30. on...

This is it Duty theme fan Call of Modern...