A new Sudden Death challenge arrives at clash royale, and it’s time to update new decks again. New rules force us to park some of our favorite cards and take out the ones we may have left the most. Decks where patience is the main weapon.

Patience, but also Ice waves archers† Essential cards in these archetypes of the card game that allow you to try to get more guarantees for completing the challenge, or at least to get as far as possible and get the found Gold Box and the 15,000 gold that we will find along the way reversed .

All a rush of gold more than necessary in the economy we move in today clash royale, which is why it seems necessary to practice with decks that may be far removed from what we use on a daily basis. Well, there is no prize for the comeback, in this Sudden Death Challenge the fastest and the most patient wins.

Ice is the main offensive weapon in this card game, with the idea of ​​’freezing’ one of the princess towers and combining it with a graveyard to slowly reduce their health. Without being able to afford an iota of wasted elixir as we need it to defend with those arrows, the Valkyrie or an Infernal Tower very prominent in this challenge. And if we can afford it, go with everything else.

Archers and Mega Minion swapped for Ice Mage and Electro Mage. A more complex card game with up to four legendary, but very necessary both in offensive and defensive tasks. Again to have the Ice – Graveyard as the main combination. 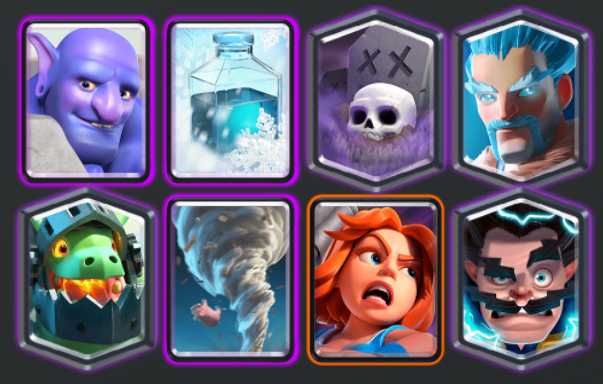 The most ‘normal’ deck and perhaps the most patient of them all. With an average cost of only 3 elixirs, it is purely focused on defensive tasks to gradually gain an elixir advantage, after which we have to shuffle the rival trying to place a good crossbow, or also use it in defense to chase archers after others sneak, fueled by the knight, to eventually topple the rival tower. 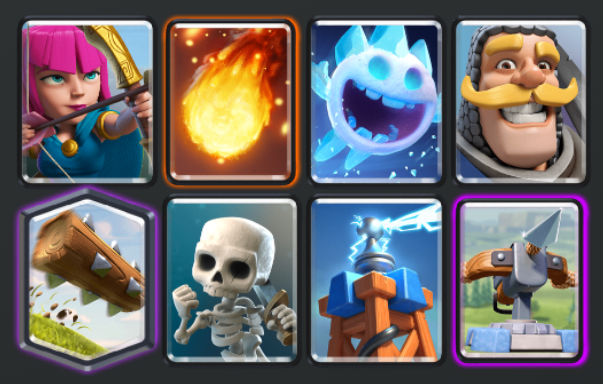 A game that can end in seconds if used properly and the opponent is caught off guard. Without an Inferno Tower or Tesla, he can do little against the transgression of either. And a zap always comes in handy to reset the tower and continue a heavy attack while defending with the ever-trustworthy Valkyrie or Mega Minion. But you have to play with your head and not rush, otherwise the rival can quickly turn the situation around. 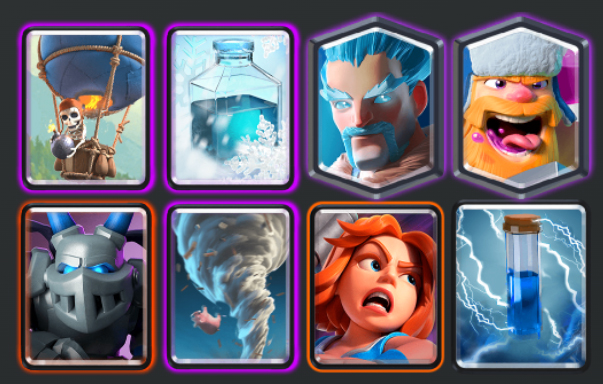 Another medium speed cycling deck that has the Goblin Barrel as an offensive tool while the rest of the units reduce their defenses. As long as our rival has a similar deck and gets a lot of units together, a good Trunk can give us a huge advantage in elixir, or use a missile that destroys both his princess tower and other defense structures he’s sure to have, like the Tesla or the inferno. 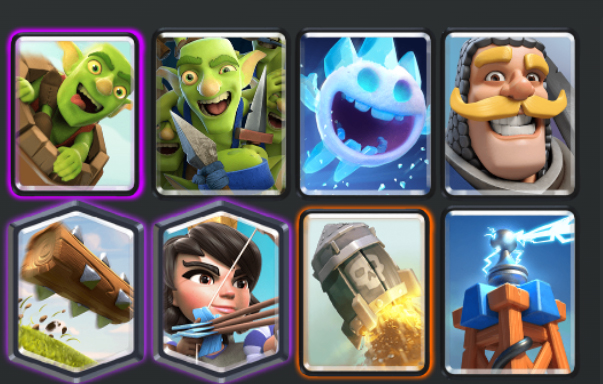 Timothy
I have worked in the news website for a while now and I have also written for the Esports Chimp. I mostly cover gaming news because it is something that I am passionate about. I have always loved playing video games and it is something that I enjoy doing in my free time. Gaming is a huge part of my life and I am always looking for new ways to improve my skills.

Marvel Snap: how many level tokens does each player get for free?

The next update of Marvel Snap ...

Find out where to find the artifacts for Tarana,...